We are a team of dedicated professionals looking to ease the burden of rising college costs. We are here to ensure that students have a helping hand toward a successful education by providing direction for those unfamiliar with the entire college and scholarship process. 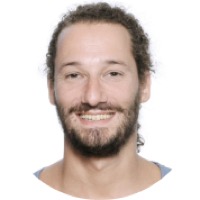 CMO and co-founder of Apply.Me

Kenny Sandorffy is a scholarship visionary. After his own experiences applying for scholarships while he was in college, he came up with the idea to create a platform to fix the problems he faced with the scholarship system. This included trouble identifying the scholarships he qualified for and the endless hours he spent filling out applications he found all by himself. After years as a technology entrepreneur, he put together a team to create Apply.Me. The site provides a streamlined way to find likely, multiple scholarships, and automates a large part of the application process.

Kenny graduated from the London School of Economics and Political Science (LSE) with a Bachelor of Science in Employment Relations and HR Management. He earned his Master of Arts degree in the field of Image and Communication from Goldsmiths College. 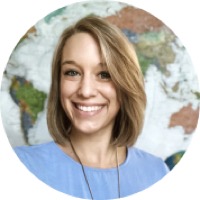 Jordan Schanda had to learn everything about college and scholarships the hard way. After a lot of work and a little bit of trial and error, she was fortunate to be awarded nearly $50,000 for college. Knowing her brother was not the same type of student, she and her mom carefully outlined and documented the process that had worked so successfully. They’ve helped thousands of families across the country and the world navigate this process so that they can get into their top choice school and win scholarships to pay for their education.

Jordan graduated with honors from University of Arkansas, where she received her Bachelor of Arts in Psychology, minoring in statistics and sustainability. She received her Master of Science in Administrative Studies at Missouri State University. 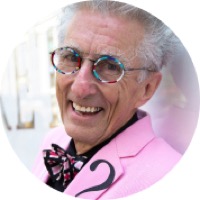 Armed with a MBA in computerized management information systems paid for thanks to government money because of service as a Naval Officer in the Vietnam War, Lesko became a professor in computer science and started a career as an entrepreneur.

His first successful company was a consulting business that helped Fortune 500 companies tap government programs to finance mergers and acquisitions and enter new markets. In a few short years, this business grew from himself with a phone and a desk in a one-room apartment to 30 researchers in downtown Washington, DC.

He then left the corporate world to educate the average consumer how they also can use the same government programs to help their lives. He has written over 100 books on the subject of free money. Two became New York Times best-sellers.

He was also a columnist for the New York Times Syndicate and Good Housekeeping magazine. He has appeared on hundreds of radio and TV shows and made regular appearances on Letterman, Larry King, Leno, CNN, Fox, The Today Show, Good Morning America, and Oprah. Moreover, he been featured on Vice and hosted a Tedx Talk. His crazy TV infomercials were among the most popular in the industry and he is often recognized on the street because Lesko always wears Question Mark Suits.

Now he is involved with what is happening on the Internet with Crowdfunding, Peer-To-Peer and the Shared Economy. He has been studying this industry for the last 3 years and has amassed a collection of over 1,000 interviews of people who have used crowdfunding money or began crowdfunding websites. 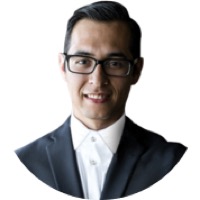 Luis Trujillo has written for Fox News Latino, Money Talks News and Grockit on the topic of financial aid. He has been recognized by the former governor of Texas, Rick Perry for his volunteer efforts. He has videos on financial aid that have garnered tens of thousands of views on Youtube and have helped thousands of students be financially savvy and successful through his digital mentorship products. Luis has spoken to and worked with thousands of youth for the past 7 years on different topics. His heart is to mentor and coach today’s youth. He is passionate about impacting this generation. He resonates with students of every kind and will inspire them to reach new heights. Luis is a graduate of Wayland Baptist University where he received his Bachelor of Business Administration with a specialization in accounting. He received his Master’s in Business Administration from West Texas A&M University.